Loves young dream is an age old saying and one that was brought to life by Marion Maher and William Henessy. The newlyweds met at a friend’s 21st and have remained by each other’s side ever since. In November 2014, William surprised Marion with a spur of the moment trip to Galway City for a romantic weekend away for the opening of the Christmas markets. After an enchanting evening browsing the stalls, William popped the question to a very surprised Marion. “It blew me away as it was something neither of us had really spoken about before but I instantly said yes. It took a few days for it all to sink in,” the bride recalls.

Selecting the perfect venue was high on the wedding planning to do list and after securing their dream reception venue at the Charleville Park Hotel and a ceremony at St. Nicholas Church, a wedding date was set for June 23, 2017. Joining the stunning bride at the alter were bridesmaids Diane Maher, Fiona Maher and Nora Cunningham and flower girls Orla Maher and Grainne O’Brien. The handsome groom was joined by Edmond Hennessy, Daniel Barrett and Pat Mc Sweeney and page boy Fionn O Brien.

The day was filled with cherished moments for the couple. “William, who is not usually an emotional guy, was in floods of tears at the altar and it was at that point it all became real for both of us. We also can’t forget Williams nephews who were our altar servers for our mass. Padraic rang the bell so hard it nearly took the roof of the church but it remains one of the great memories of the day. My dad also organised a vintage bike which belonged to his mother to be at the church with flowers. The bike had huge sentimental value to dad and meant we were emotional when we arrived at the church,” Marion recalls.

HOW WAS YOUR EXPEREINCE WITH THE CHARLEVILLE PARK HOTEL?

We simply can’t say enough about Barbara and Sheila from Charleville Park Hotel. As a young couple we had lots of ideas that we wanted for our wedding and they brought all that through on the day. The ladies are gifted at what they do and it shows in all the special detail they provide. Our guests have given us such positive feedback post wedding and this really melted our hearts. The night porter was more than accommodating for our late-night guests and this was so nice to hear. We brought lots of additional props to the hotel and the staff were so happy to accommodate us with these. Booking Charleville park was a no brainer for us. We just wish we could do it all again.” 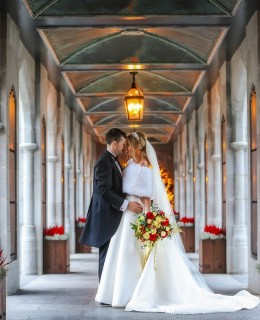 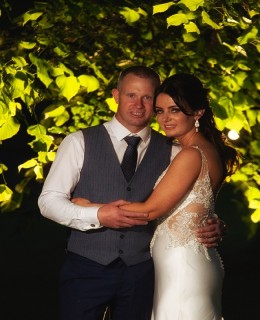