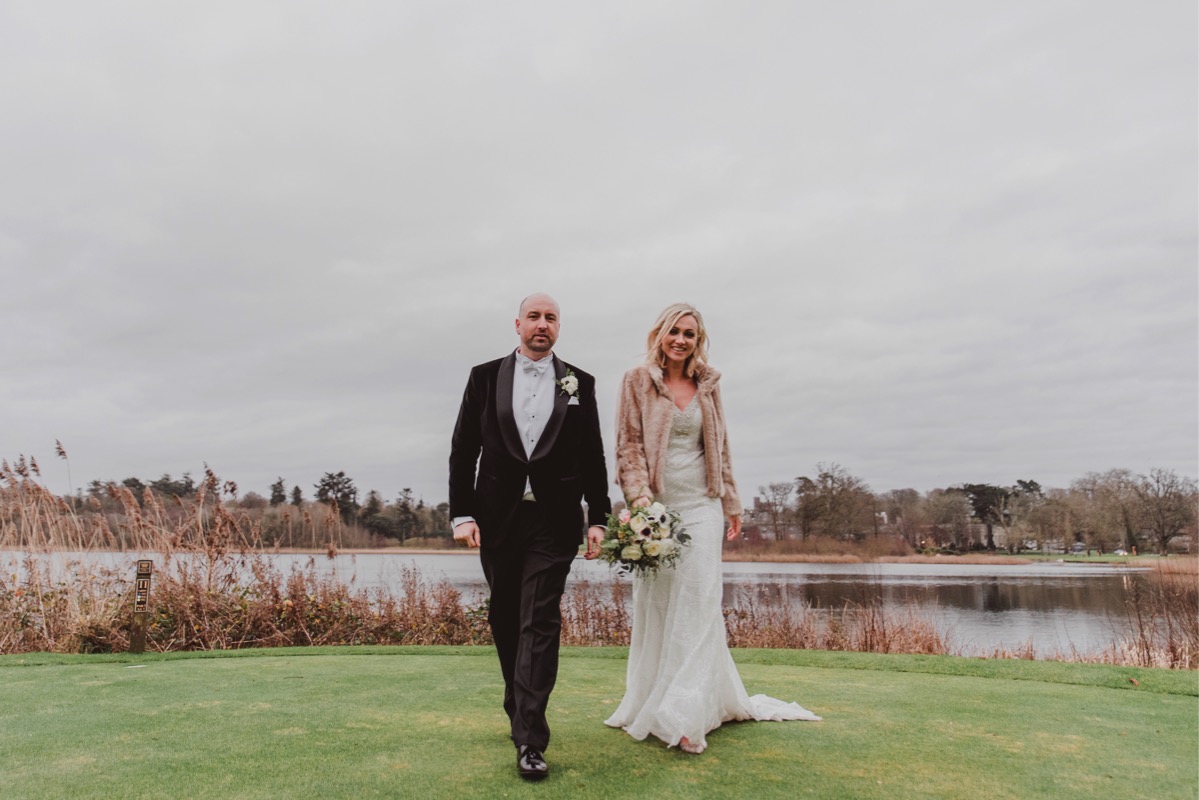 Photos courtesy of Weddings by Kara

Ciara O’Meara first met her Welsh husband Jon Howlin when Jon’s best friend Mark was dating Ciara’s sister Orla. However, they were both dating other people at the time. “After a few years of travelling and Jon starting his own company, we both ended up moving to London at the same time and became friends as we got used to London life together. We eventually became more than friends when I was bridesmaid and Jon was best man for Mark and Orla when they got married. As they say, one wedding makes another,” the bride shares.  The Limerick lady and her Welsh other half currently reside in London.

After three years of living together, Jon was ready to make Ciara his wife. “I decided to take the plunge and propose to Ciara as a special surprise in Berlin.  Ciara’s favourite chocolate is kinder egg, so I decided to get the best one ever. I sealed the engagement ring with customised instructions and a Lego man of myself. The next challenge was to find a romantic spot in Berlin; the perfect location was Charlottenburg Palace.  Picnic in hand, we headed to the park and finally the moment arrived in her kinder surprise,” the groom remembers fondly.

A spectacular New Years Eve wedding was set to take place at Dromoland Castle, Co Clare, with wedding planner Kate Deegan from Co-ordination Made Easy enlisted to pull off the most beautiful wedding ever.

“The place was transformed into an ‘art deco Christmas dream’ by our amazing wedding planner Kate Deegan. The music we chose were songs from key moments in our relationship and performed by the amazing Harmony Brothers, including a gorgeous acoustic version of ‘Everywhere’ by Fleetwood Mac that I walked down the aisle to,” Ciara said.

“I designed the invites and save the dates by myself, as well as all the stationary and printed details for the day. I created an individualised seven-inch vinyl for every guest that had their names printed on the sleeve along with a mix of 80’s classics to listen to -Jon and I are both 80s babies! For the day, I made a mini newspaper for our ceremony leaflet along with personalised labels for mini champagne bottles that we used as seating cards and even our own popcorn bags for the drinks reception. The seating plan was also vinyl’s that were all songs from concerts Jon and I have been to together,” the bride shares.

The magic of New Year’s Eve made the day extra special. “Watching the fireworks over the lake together at midnight and realising; here’s to a New Year as Mr and Mrs, was amazing! The most special moment was when we were on our own taking wedding photos straight after the ceremony. Just married, we stood in the crisp winter air and realised that we were going to be together forever,” recalls Ciara.

HOW WAS YOUR EXPERIENCE WITH CO-ORDINATION MADE EASY?

“We were so happy that we hired our wedding planner Kate Deegan. Organising a wedding from abroad is never easy and she went above and beyond to help us. The day was perfect from start to finish and we owe that to her. Kate helped us to create a Great Gatsby feel from start to finish with live music from jazz musicians on the double bass to large feather plume centrepieces and candlelight all around.”